A new anthology was released today by my colleagues and friends, William Cook and James Ward Kirk called Serial Killers Iterum. It's a 275 page collection of short fictional stories, poetry and art.

I was given the opportunity to read and review this book and to write and quote for the front cover. My review and the book cover image are below. You can obtain a paperback copy at the following links:
Amazon US
Amazon UK

A MUST HAVE BOOK FOR THE TRUE GRUE COLLECTOR

As an award-winning #1 bestselling author of several true crime serial killer books, I write accounts of these gruesome cases in a similar form to the anthology. People seem to enjoy reading about many different types of serial killer cases, more so than a full-length book on a lone serial killer. In fiction, I am partial to anthologies and short story collections, so when I was asked to write a forward to Serial Killers Iterum, it piqued my interest immediately.

Serial killers have captured the attention of the public for years. Most forms of `pop culture' are filled with such characters, including television, film, books, music, and even art. Each year, hundreds of mystery/thriller novels are written with a serial killer character as the focal point. Most of the plots are formulaic and it seems as though most authors create an idealized and organized, high IQ killer who is highly elusive and leaves behind not a thread of evidence. The only variations in each book is how they stalk victims.

Rarely, does a serial killer get away in a fiction book; but in reality, many evade capture for years, and some historical cases like Jack The Ripper remain unsolved to this day. Fictional serial killers are typically written as being more prolific than your average true serial killer and the more prolific, the more the reader is hostile toward the character. But all real life serial killers are not organized, nor methodical or ingenious. Many have avoided capture while playing cat and mouse games with police, federal agencies and the media.

When we hear on the news how a killer viciously killed, victimized, and dismembered someone, we are riveted to the television. It is like watching a car crash - some hard-wired part of our human nature forces us to look. Place the ominous character of such a serial killer in a book, and it will make for an intense reading. Many fictional authors research people like Jeffrey Dahmer and Ted Bundy, who are some of the more well-known and notorious serial killers known to the public. But how many have heard of Luis Garavito, or `The Beast', of Columbia? He preyed on young boys, raping and killing 138 victims before slitting their throats and then dismembering their bodies. That to me isn't a platitude serial killer like in most thriller novels today.

James Patterson wrote a book called, "Kiss the Girls" where a serial killer takes young women out to a remote wooded area, then releases them only to hunt them down. That too makes for an intense read, wondering if the victim will outwit and escape, but the fear is injected as the killer closes in on his prey. Serial Killer Robert Hansen did in fact use an Alaskan woods as his hunting grounds, slaying 21 victims. He'd kidnap women, rape them and set them free before tracking and hunting them like animals. Many other thriller and horror movies follow the same typified serial killer plot line.

You, me, the general public, have a fascination for true crime accounts of people like Bundy, and fictional depictions of similar characters in television shows such as Criminal Minds and Dexter. We have a macabre interest in real life serial killers and can't comprehend the pure lack of remorse of these monsters. But yet we can't get enough. So we watch these shows and buy these books and read about these abhorrent yet fascinating criminals. Serial Killers Iterum is one such work that fulfills our insatiable obsession with serial killers in this terrifying, and bloodcurdling short story collection." 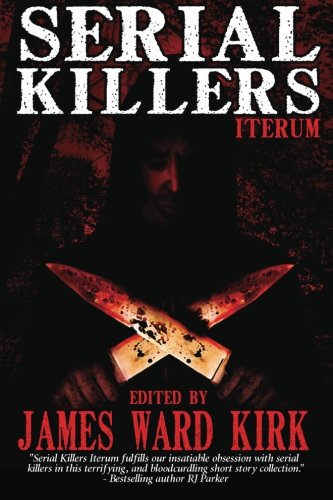