New True Crime Audiobook. THE STAIRCASE, as depicted on Netflix

"My wife had an accident," Peterson says on the 911 call. "She's still breathing. She fell down the stairs." However, blood-splattered evidence and a missing fireplace poker suggested it was a cold-blooded murder. Within two years, Michael Peterson was convicted of first-degree murder and sentenced to life in prison.

Because a key witness, a blood-splatter expert, in fact, whose testimony was discredited, Michael Peterson's conviction was overturned.

What about the owl theory?

What was the motive?

What happened to the murder weapon?

Was there an accomplice who got rid of the weapon?

What really happened on The Staircase? 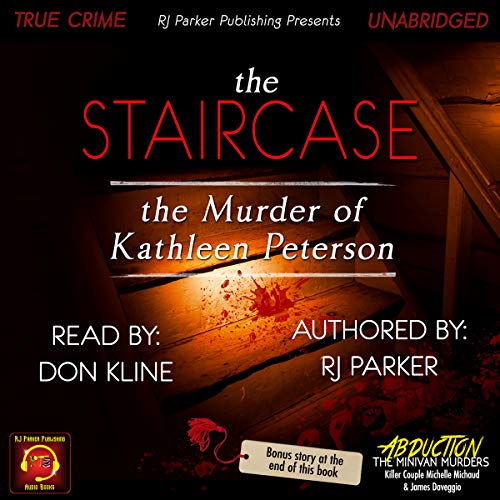