A New True Crime Book - that will be of interest to those in criminal psychology, sexual deviance, and forensic psychology.

As morbid as it is to fathom, for some, it is easier to be intimate with a corpse than a live human being. People with this sexual preference, or necrophiliacs, have admitted that the absence of emotion or social expectation, or the ability to exert absolute control over a corpse has made sexual relations more satisfying. Other necrophiliacs have admitted to many other reasons why they prefer to engage in sexual acts with the dead.

Intercorpse explores this paraphilia in detail. It includes the categories of necrophilia, motivations for this deviant sexual behaviour, and several true accounts of individuals who are infamous necrophiliacs. Serial killers like Gary Ridgway would often return to the dump sites of his victims to have sex with their decomposing bodies while they rolled in maggots. Others like Edmund Kemper admitted to getting pleasure from further degrading his victims.

This book takes a fearless look at a most disturbing topic. It will be of interest to those in criminal psychology, sexual deviance, and forensic psychology. 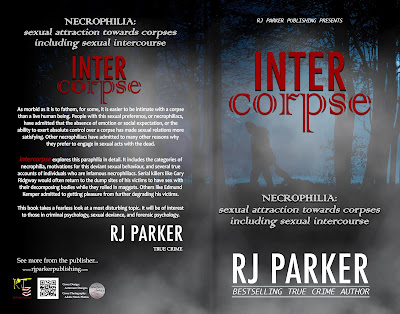