When asked by his school teacher what he wanted to be when he grew up, James Fairweather replied, "A murderer."

PRE-ORDER PROMOTION JUST ($0.99) IN THE KINDLE STORE ON AMAZON

ORDER TODAY BEFORE THE PRICE GOES UP

James Fairweather, 15, Britain's youngest serial killer would have continued to hunt random victims had it not been for an observant dog walker. Eerily, she was also Fairweather's third intended victim. Fueled by the grief of his grandmother's passing and anger from being picked on at school, Fairweather turned to violent video games, horror movies, and pornography to escape reality. Soon thereafter, he developed a deep passion for serial killers - becoming one dominated all of his thoughts. When asked by his school teacher what he wanted to be when he grew up, James replied, "A murderer." Fairweather, true to his word, struck twice before police apprehended him and put a stop to this teen-aged killer. 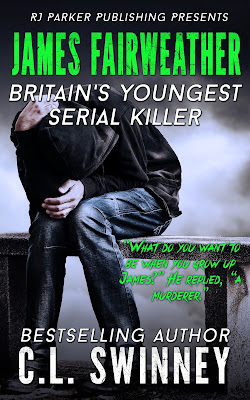