The 9th book in the John Harding Series:

Nick McCarty takes a contract on Mexican pirates who killed a man’s son on Falcon Lake in Texas, while covering the hit with another book signing.

Mehdi Al-Kazar wants revenge for the killing of Kalil Al-Kazar, whom Nick blew up in a Michigan grenade attack.

Interlinking threads from Antifa/BLM thugs, both the Monster Squad and Unholy Trio tangle with, lead to a terrorist enabler they thought was in prison. He holds the key to getting both Mehdi Al-Kazar and the Isle of Darkness, where Cafrey Rothstein hosts and enables terrorist leaders on a modern-day sex slave island.

A last second injury catapults a substituting John Harding into the fight of his life against a former Heavyweight Boxing Champion, to gain UFC reinstatement. 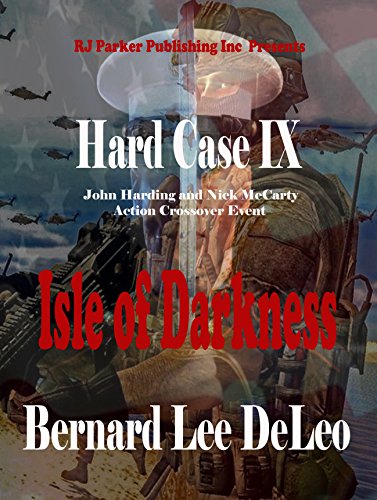